February 15, 1950: The Silver Age of Disney Animation begins with the release of Cinderella. It is the most successful of the studio’s features since Bambi and garners Academy Award nominations for Best Score and Best Song in “Bibbidi-Bobbidi-Boo.” 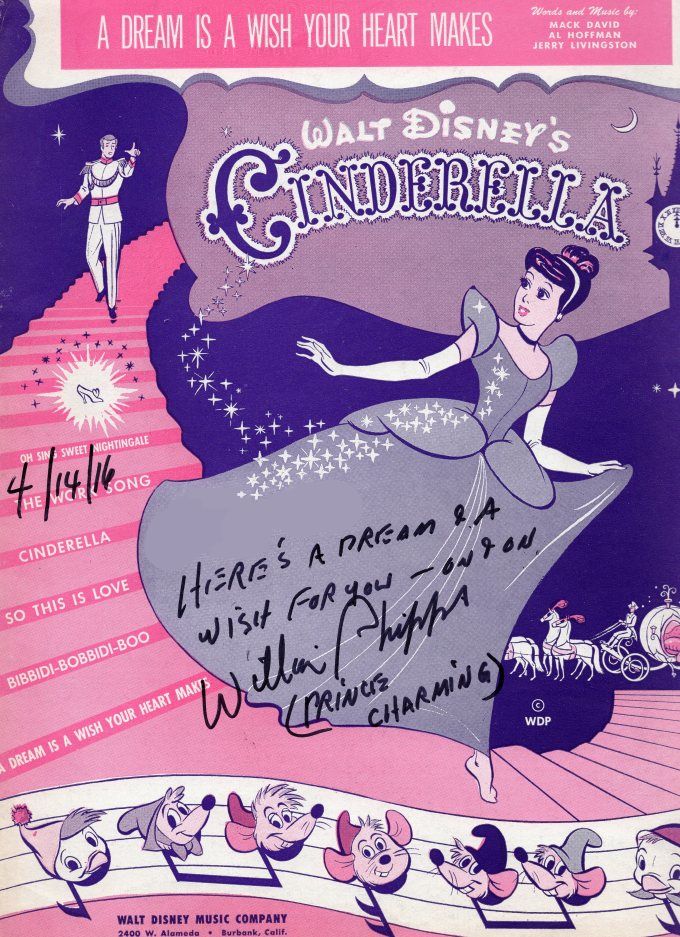 Sheet music from the film’s hit soundtrack, signed by Prince Charming himself

July 28, 1951: Alice in Wonderland debuts and will net an Oscar nomination for Best Score. Walt will admit in later years that he wasn’t entirely satisfied with the film.

February 5, 1953: Peter Pan flies into theaters. The picture has been on Walt’s mind for many years, having negotiated the rights all the way back in 1939 with the Great Ormond Street Hospital in London.

June 22, 1955: Lady and the Tramp opens nationwide. It is the first Disney animated feature filmed in the wide-angle process CinemaScope.

January 29, 1959: The studio’s most ambitious project since the Golden Age, Sleeping Beauty, opens to the public. Its $6 million-plus budget is the largest for a Disney animated film up to that point.

January 25, 1961: One Hundred and One Dalmatians hits the big screen. It is the first animated feature to make full use of the Xerox process to transfer animators’ original drawings to the film cels.

A Floyd Norman original concept, based on characters from One Hundred and One Dalmatians

December 25, 1963: The Sword in the Stone, a Disney take on the King Arthur legend, is released.

October 18, 1967: The last animated film to be produced by Walt opens in theaters: Oscar-nominated (Best Song: “Bare Necessities”) The Jungle Book. The release falls ten months after his death, officially bringing the original Disney Era of Animation to a close. 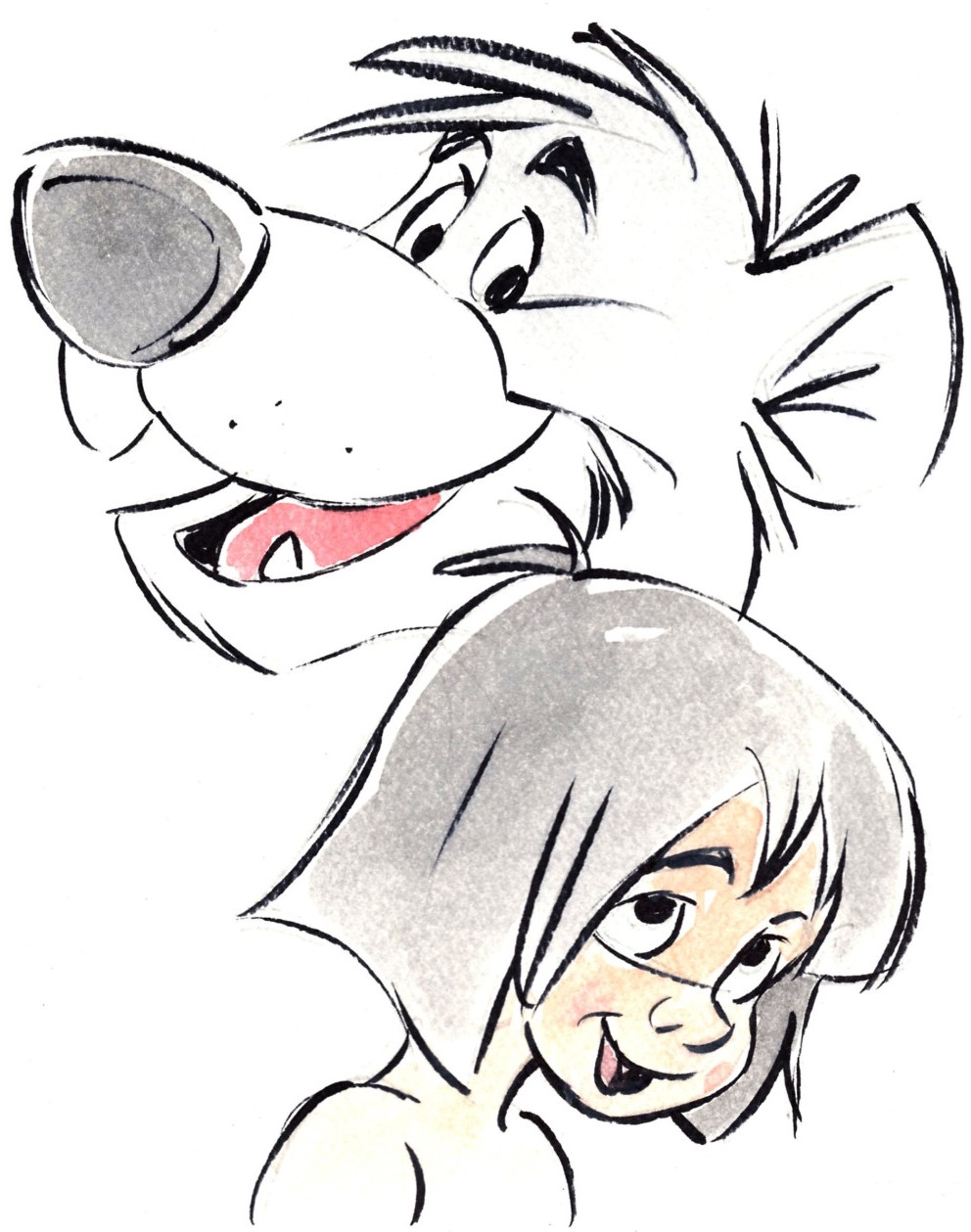