December 21, 1937: Snow White and the Seven Dwarfs premieres at the Carthay Circle Theater in Hollywood, California. It is not only the inaugural entry in Walt Disney Animation Studios’ industry-shaping list of classic films but the first feature-length animated film in history. In 1939, the landmark production receives a special Academy Award: one traditional Oscar statuette along with seven miniature “dwarf” Oscars. 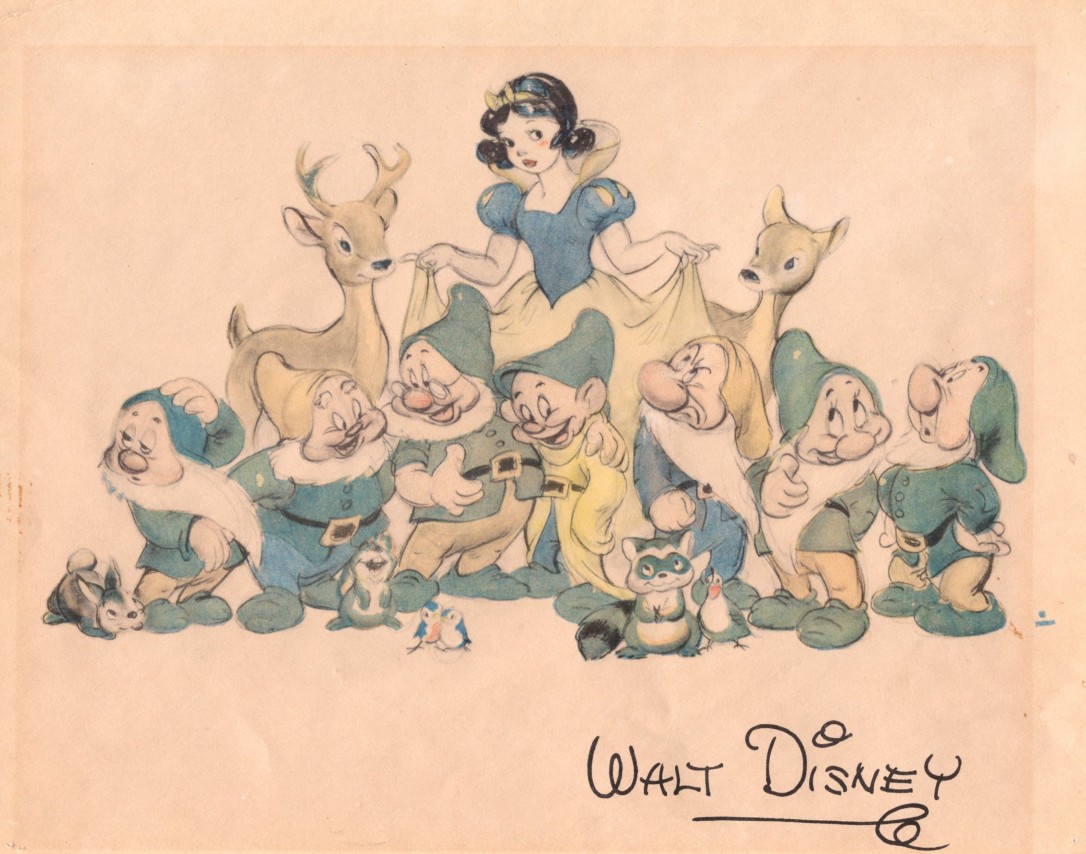 A pre-release lithograph gifted by Walt to his cousin 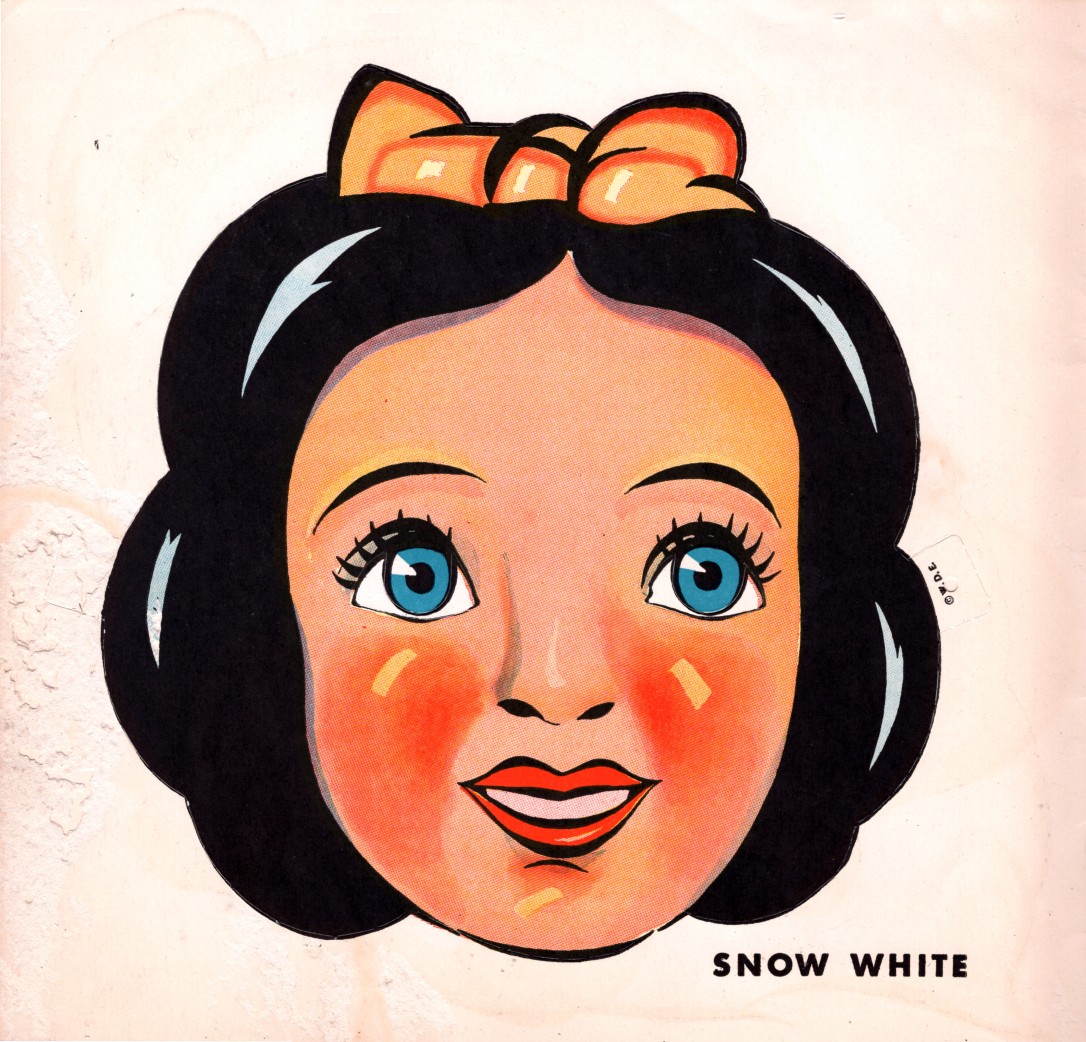 The immense popularity of the film created a marketing boom. Here is an example of a Sneezy-inspired Valentine’s Day card. The holiday fell just ten days after the film’s national release date, attesting to the media frenzy caused by the Carthay Circle premiere in December. 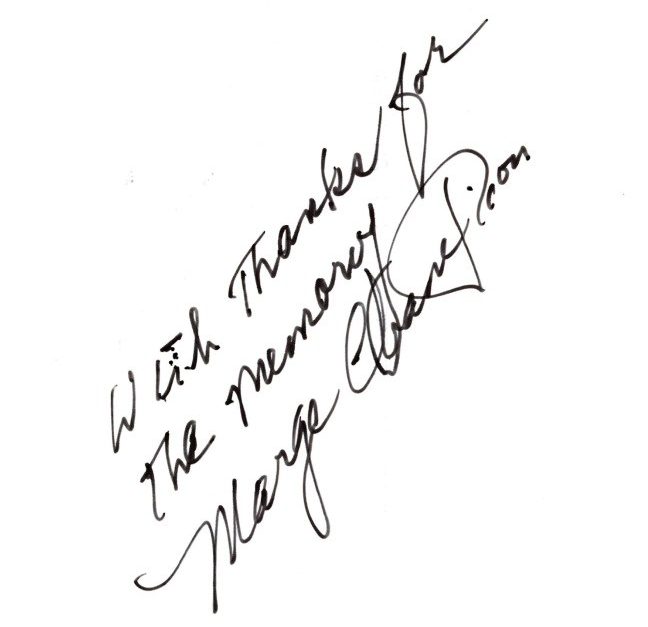 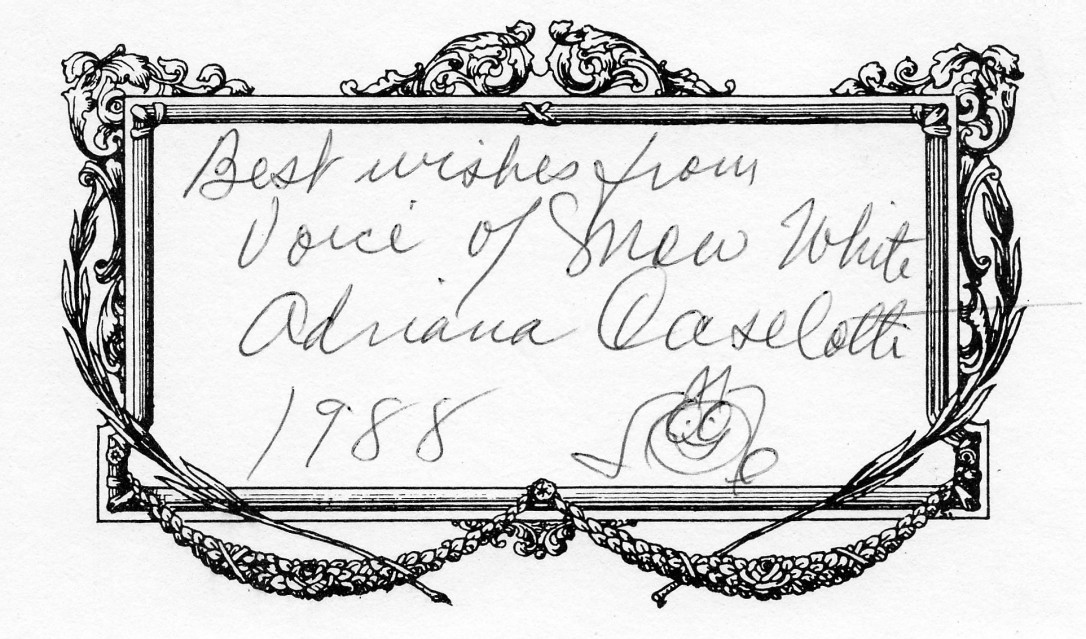 Signature and sketch from Adriana Caselotti, voice of Snow White 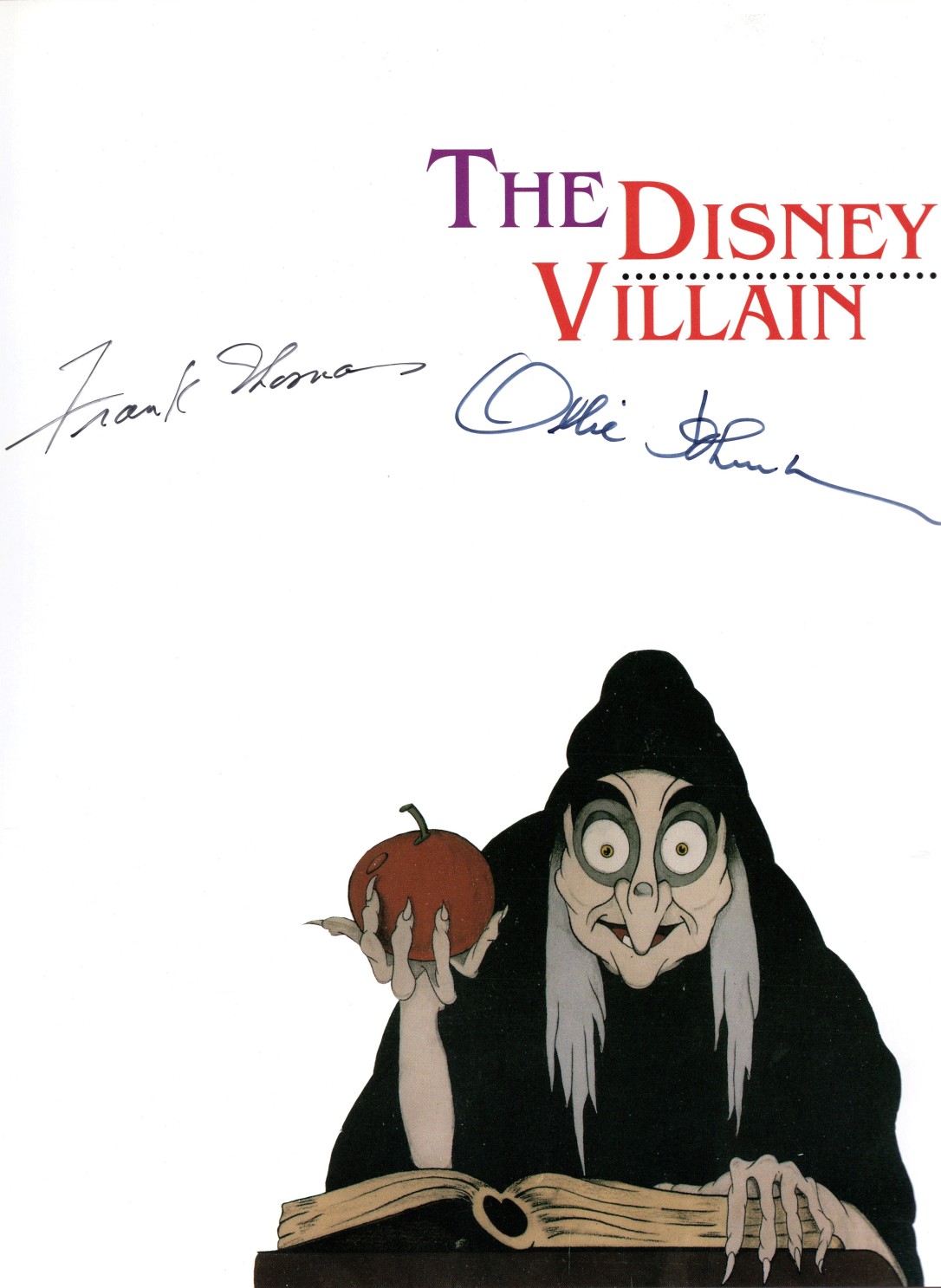 First-edition copy of The Disney Villain, signed by two key players in the Golden Age and beyond: Frank Thomas and Ollie Johnston

February 7, 1940: The studio follows their unprecedented hit with another masterpiece, Pinocchio, considered by some critics to be the greatest Disney animated film ever created. It would win the Oscar for Best Score and Best Song in “When You Wish Upon a Star.” 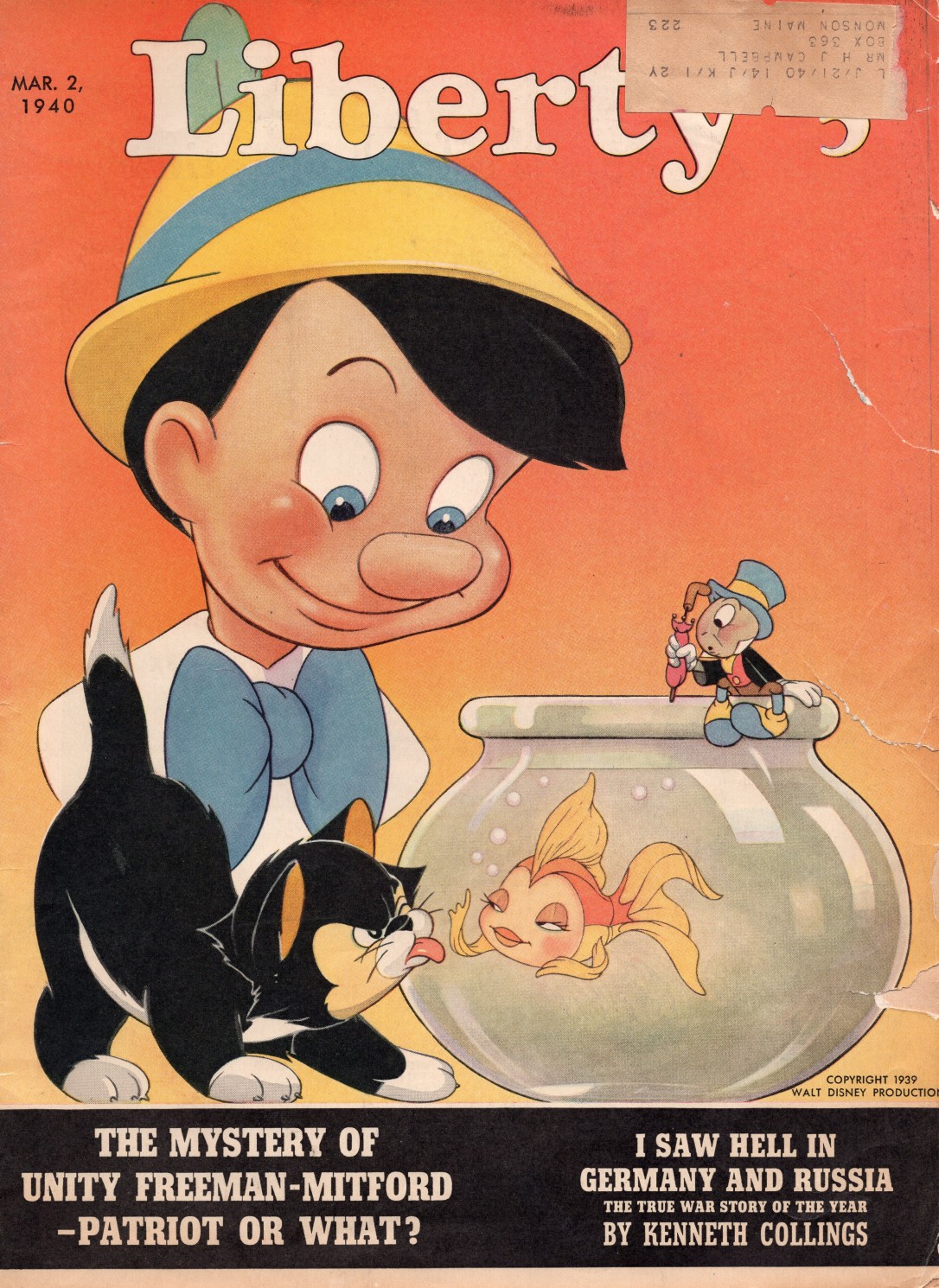 November 13, 1940: Walt departs from the successful formula of his first two films with an ambitious undertaking of both sight and sound in Fantasia. The film is hailed by critics as genius for its innovative premise and artistic achievement and receives special recognition from the Academy.

Souvenir program distributed at the release of Fantasia

October 23, 1941: The sixty-four-minute classic Dumbo arrives in theaters to public and critical acclaim. It goes on to win the Academy Awards for Best Score and Best Song in “Baby Mine.” The film’s lovable star is slated to grace the cover of Time magazine a few weeks after its release but is preempted by the Pearl Harbor tragedy.

August 13, 1942: Originally planned as the studio’s second feature, production delays pushed back the release of the technically-impressive Bambi several years. The wait was worth it, however, rounding out the Golden Age of Animation, or The Big Five, as some refer to these early films, in master fashion. It would be nominated for three Academy Awards: Best Sound, Best Score, and Best Song (“Love Is a Song”). 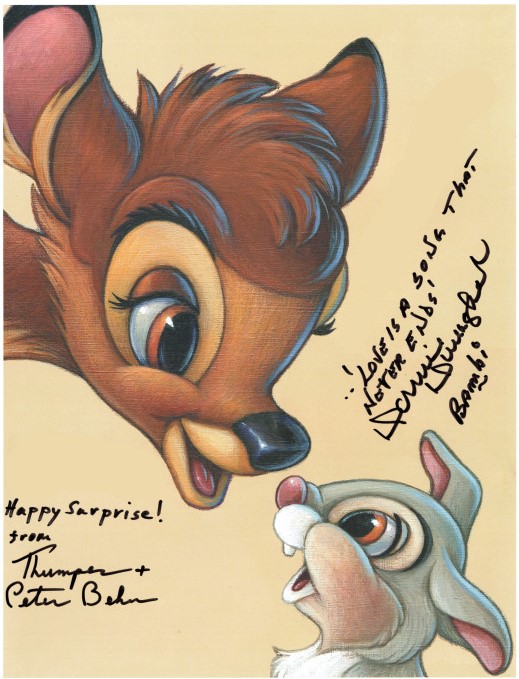 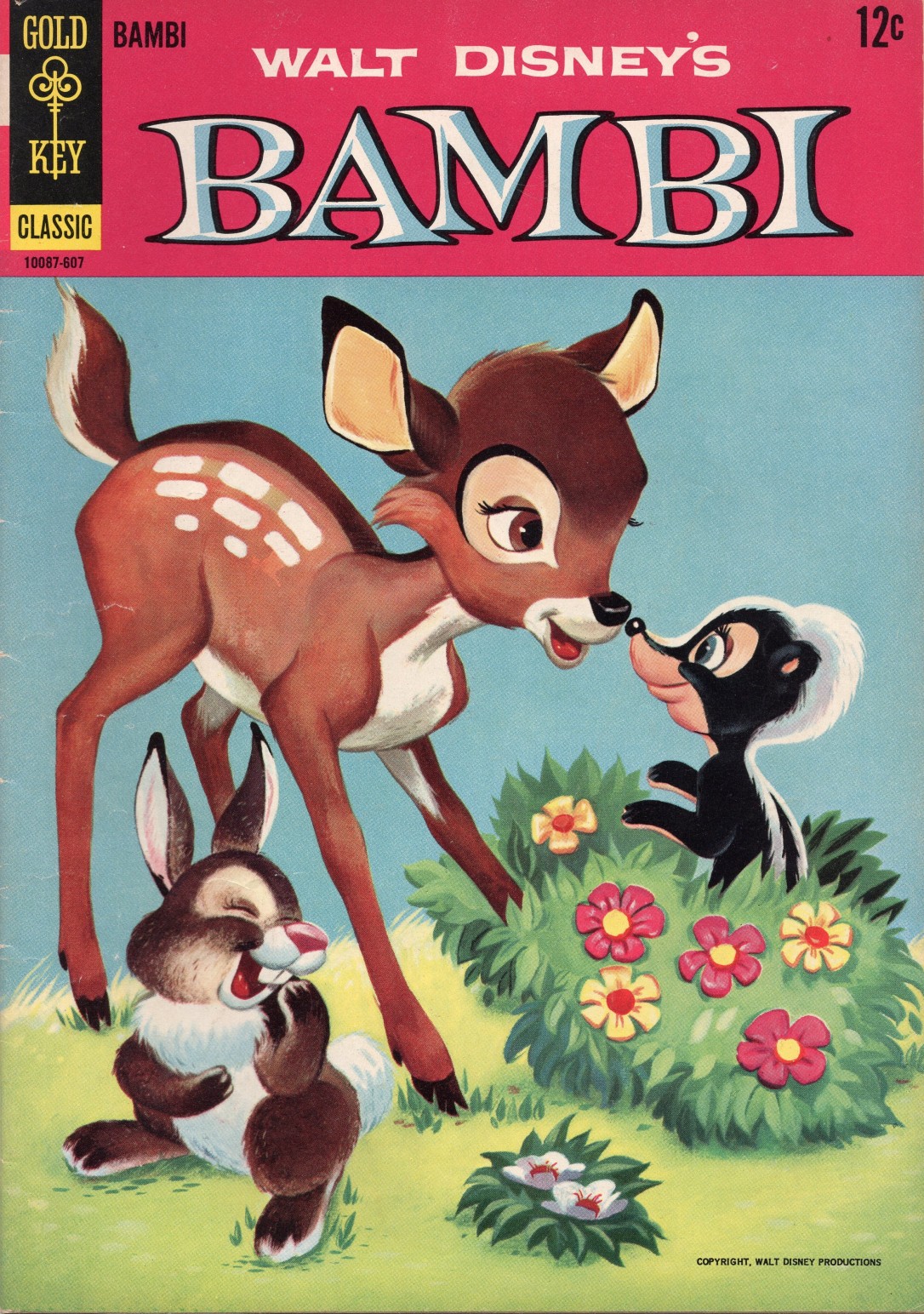