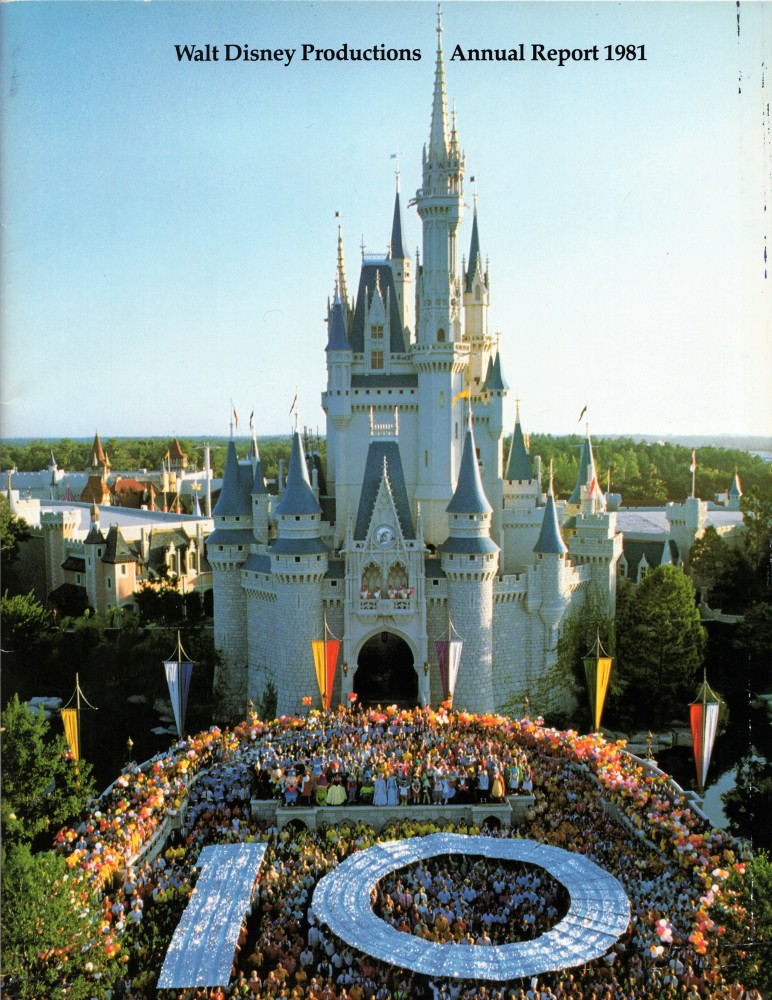 This 48-page report, prepared for company shareholders, includes highlights across all sectors of the company, as well as a detailed look at financial performance throughout 1981.

The publication begins with an introduction by Chairman of the Board and Chief Executive Officer E. Cardon Walker and President and Chief Operating Officer Ron Miller, then goes on to cover the ongoing construction of the soon-to-be-completed EPCOT Center, updates on the Walt Disney World Tencennial, Disneyland operations, the construction of Tokyo Disneyland, Motion Pictures and Television and Consumer Products divisions, and yearly financial reports.

Interestingly, this particular annual report came from the estate of longtime Disney Imagineer Pat Burke. Burke, who began his career with WED in 1972, is well-known for his set design of the Big Thunder Mountain Railroad attractions across multiple parks. He is also cited as the driving force behind the memorable aesthetic of the Disneyland Paris version of Frontierland. In addition, he worked on all three Indiana Jones attractions across the globe, including the queue for the Anaheim iteration, which many consider to be the most ambitious and groundbreaking queue, in terms of design and guest immersion, in theme park history. He is also credited with helping to spark the “Steam Punk Revolution” with his 20,000-Leagues-Under-the-Sea-inspired designs prepared for the company’s international parks. Burke’s storied career with Disney lasted thirty years. Sadly, he passed away in early 2015.