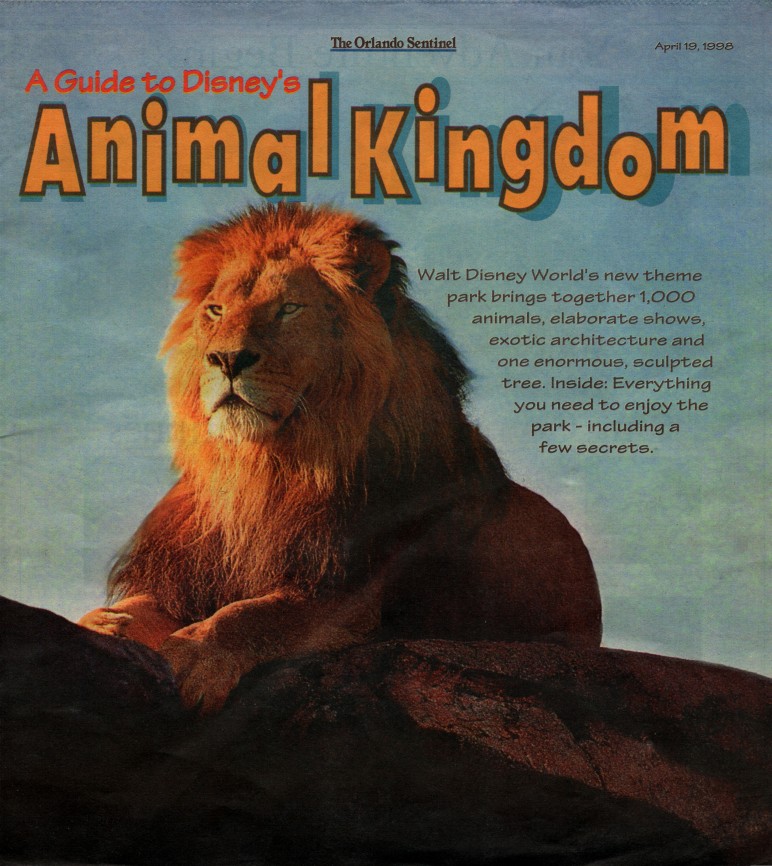 This nineteen-page supplement appeared in the April 19, 1998, edition of The Orlando Sentinel in honor of the grand opening of Disney’s Animal Kingdom. The many articles and images provide readers an overview of the park’s purpose, animal residents, themed attractions, shopping and dining options, and even a preview of what’s to come in the future. The fourth theme park of the Walt Disney World Resort would officially open its doors to the public three days later on Earth Day 1998.