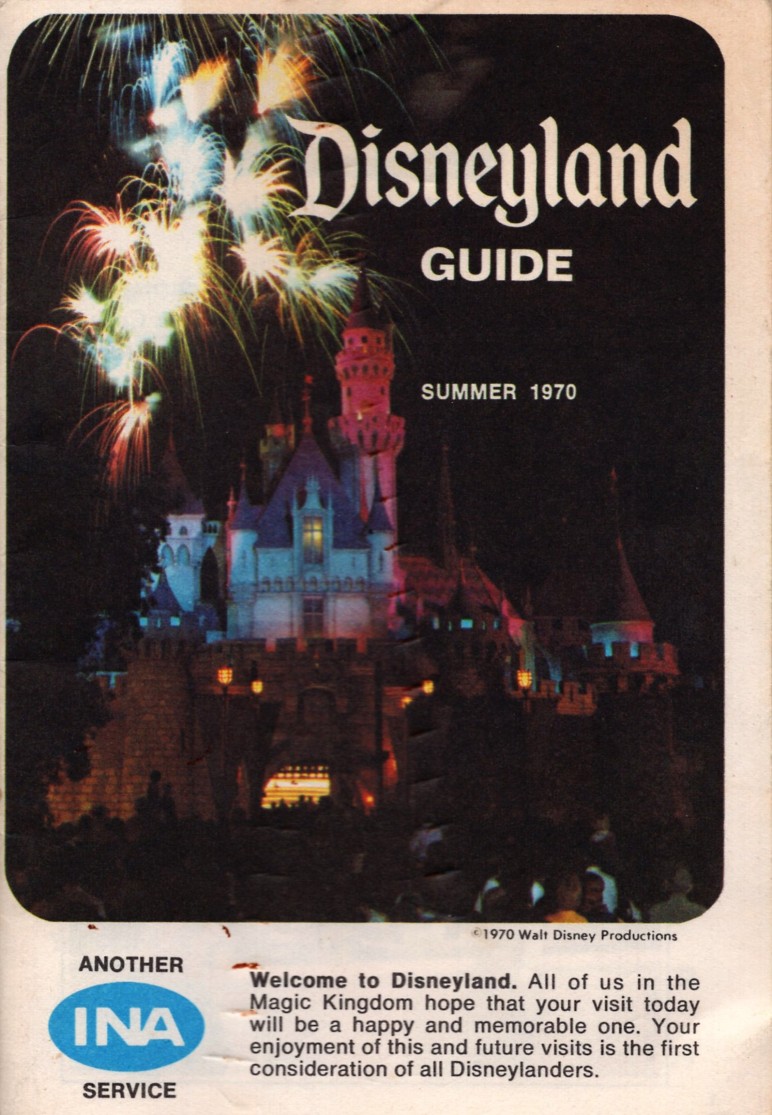 This Summer 1970 Your Guide to Disneyland booklet, produced by the Insurance Company of North America (INA), was distributed complimentary to park guests from the “Carefree Corner” area of Main Street, U.S.A.

The guide contains a comprehensive look at park services, attractions, dining, shopping, entertainment, and exhibits. Renovations were limited in 1970, as the majority of the company’s attentions were focused on the following year’s grand opening of the Walt Disney World Resort in Florida. One Main Street exhibit that debuted this year was Walt Disney – A Legacy for the Future, a look at the park founder’s lasting impact on the entertainment world.

This 1970 version of INA’s Your Guide to Disneyland provides a detailed look at a typical day in the “Happiest Place on Earth,” exactly fifteen years after the park’s opening.