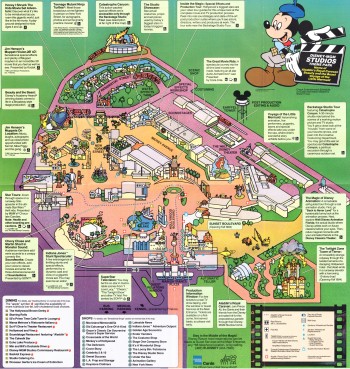 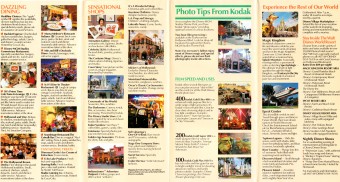 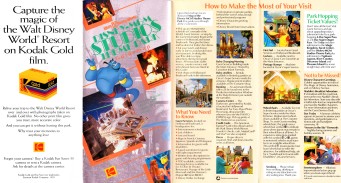 This 1993 “main-gate” guide book and map, sponsored by Kodak, was distributed to guests at the start of Disney-MGM Studios’ fifth year of operation. It provides a comprehensive overview of the attraction, dining, and shopping offerings available around the park.

The front cover remains in the style of the previous year’s guide maps. Updates to the publication include Aladdin’s Royal Caravan (a parade which debuted in late ’92), as well as a first glimpse of the Sunset Boulevard expansion (to open the following year), which would feature the hit attraction Twilight Zone: Tower of Terror.