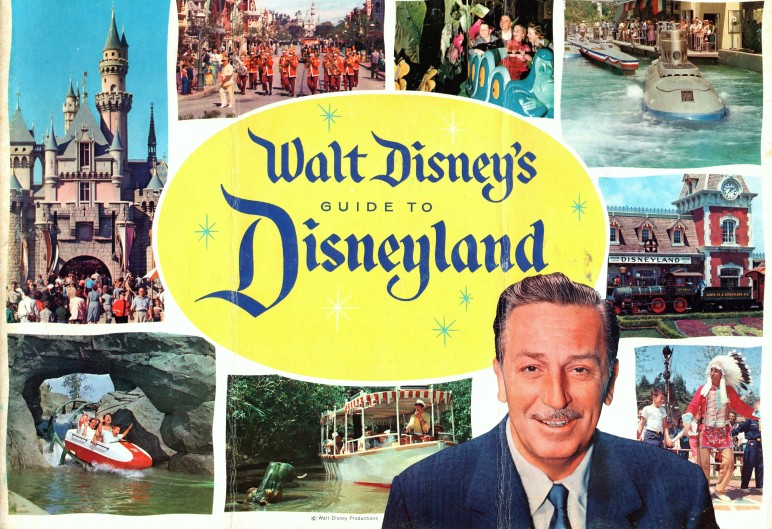 This 1960 edition of the Disneyland “souvenir guide book” features a twenty-seven-page, color-photo tour through the five lands of the Magic Kingdom.

The front cover features the same photo of Walt Disney as the 1959 version; however, he is now flanked by representative photos from each of the park’s lands.

Other than the addition of new park offerings, the text and photos undergo only minor changes. Concept artwork for the America the Beautiful Circarama attraction can now be seen. Likewise, an update to the “Dreaming” section has Chinatown replacing 1959’s Edison Square.