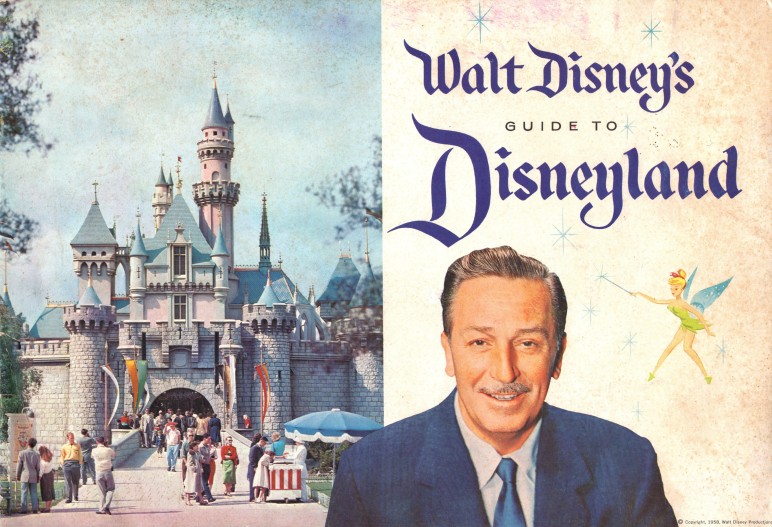 This sixth edition of the Disneyland “souvenir guide book”—following both 1955 versions, the 1956 version, and the two 1957 versions—features a twenty-seven-page, color-photo tour through the five lands of the Magic Kingdom.

The front cover now features a picture of Walt Disney, in addition to Sleeping Beauty Castle, and the back, a generalized map of the park, as opposed to the index found on the previous two versions. Attraction additions for 1958, as reflected in the guide, include Alice in Wonderland, the Sailing Ship Columbia, and Grand Canyon Diorama along the Santa Fe & Disneyland Railroad.

Further changes include a much smaller-sized booklet; a two-page, color map of the park that includes listings of attractions, shops, and restaurants; as well as a page dedicated to future attractions (The Haunted House, Undersea Voyage, Adventures in Science, and Liberty Street).