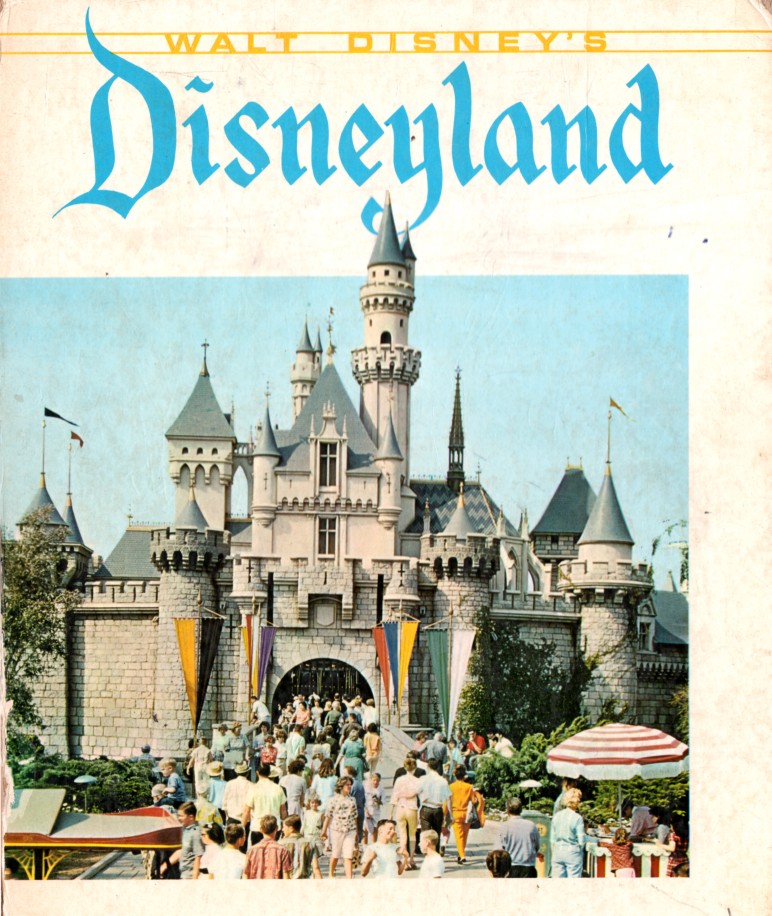 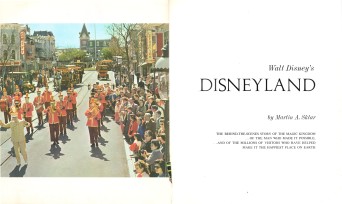 This 1965 copy of Walt Disney’s Disneyland by Martin Sklar is the second edition of the title, which was penned by the Disney Legend in response to Walt’s desire for a more substantial, keepsake-style, Disneyland souvenir book, as opposed to the thinner, paperback, annual editions released by the company up to that point.

The sixty-two-page hardcover book, which was printed in Italy, tells “the behind the scenes story of the Magic Kingdom, of the man who made it possible, and of the millions of visitors who have helped make it the Happiest Place on Earth.” The narrative text takes readers through the park’s inception and development and around the various lands for a close-up view of its many offerings. Scores of full-color photographs accompany (nearly one per page), rendering this a noteworthy documentation of the park in its first decade.

Martin “Marty” Sklar first came to work for Walt Disney in the weeks leading up to Disneyland’s grand opening. As student editor of UCLA’s Daily Bruin newspaper, he was hired to create a turn-of-the-century-themed publication to be sold on Main Street (what would become The Disneyland News). Upon graduation, Sklar went full-time with the company, working in marketing and publicity, where he developed the Disneyland Holiday magazine in 1957, which was renamed a year later as Vacationland and went on to be published for many years, eventually spawning a Walt Disney World version, as well. He transferred to Walt’s Imagineering division in preparation of the 1964-65 New York World’s Fair, where he assisted with the development of the now-famous attractions, It’s a Small World, Great Moments with Mr. Lincoln, Carousel of Progress, and Magic Skyway. Sklar’s involvement and influence as an Imagineer grew in the years following. He was eventually named Vice President of Concepts and Planning, a role in which he greatly contributed to the design and development of EPCOT Center, coincidentally a park that drew heavily from the World’s Fair concept and model. With the success of EPCOT, Sklar continued his climb up the corporate ladder, before finally assuming the position of President and Vice Chairman of Walt Disney Imagineering, a job which he held from 1987-1996. As head of Imagineering, he oversaw the creation of countless new entities, including overseas parks, resort hotels, and even a cruise line. He was named a Disney Legend in 2001, and afterwards served four years as an international ambassador for WDI, before bringing his fifty-plus-year career to a close with his retirement on the anniversary of Disneyland’s grand opening, July 17, 2009.