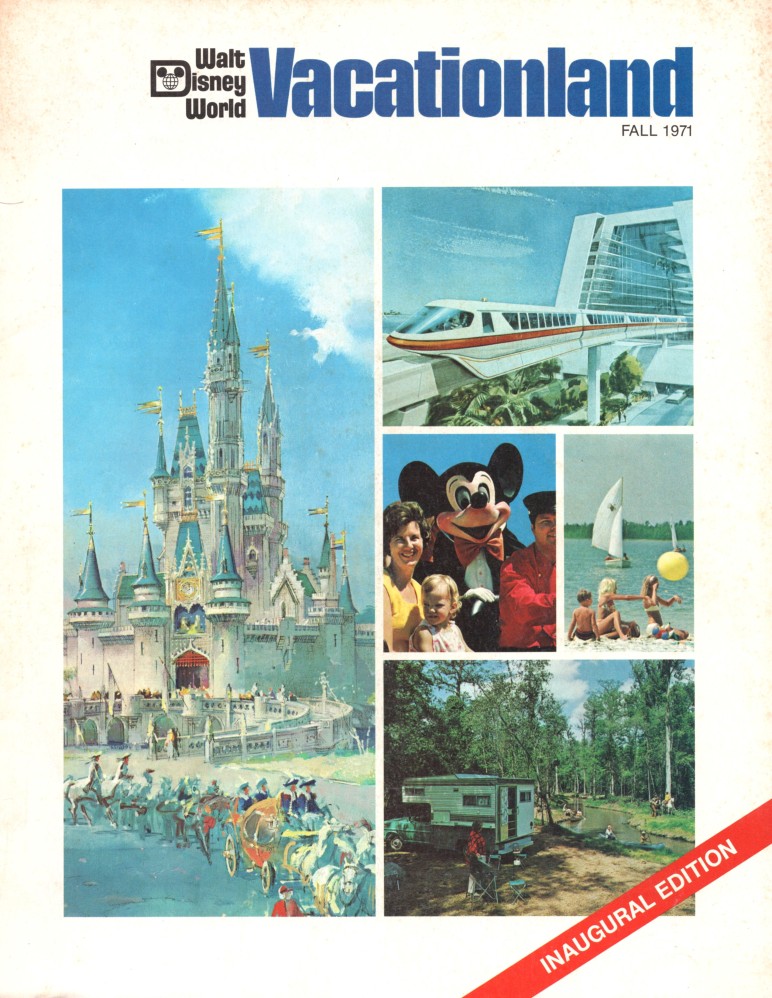 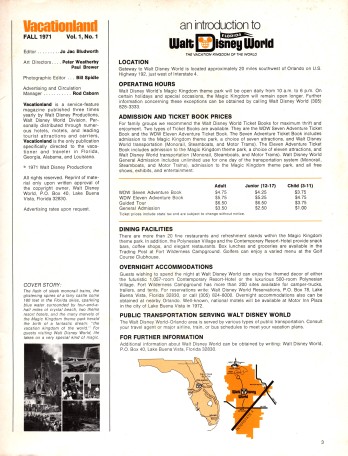 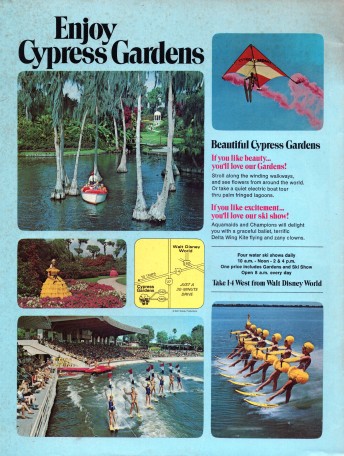 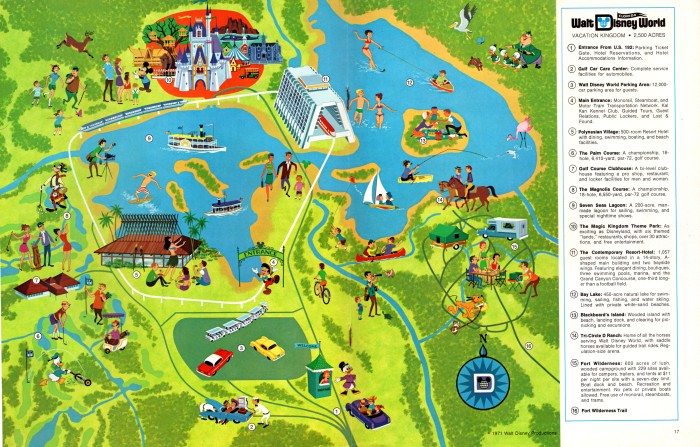 This first issue from Fall 1971 centers on the many wonders awaiting guests in “Phase I” of Walt Disney World, which the magazine states as encompassing only 2,500 of the available 27,400 acres, and including the Magic Kingdom park, two resort hotels, a campground resort, and endless amenities and recreational opportunities. Interestingly, the first article mentions plans for the eventual addition of Walt’s grandest dream, the Experimental Prototype Community of Tomorrow (pre-theme-park concept). Other highlights of the thirty-one-page issue include features on Cinderella Castle, Liberty Square, the Contemporary and Polynesian Village Resorts, Fort Wilderness Resort and Campground, and a two-page, full-color map of the extensive property.

The original Vacationland magazine (originally titled Disneyland Holiday) was conceived by Disney Legend Marty Sklar and served as a glorified advertisement for Disneyland, as well as other Southern-California tourist attractions. Local motel and hotel rooms were stocked with the complimentary publication, which featured articles on different aspects of Disneyland on a quarterly basis, and was supplemented with advertisements and brief articles on other tourist destinations both locally and beyond. The Walt Disney World version was generally a higher-quality, lengthier publication with more information and photos pertaining to the resort than its predecessor.