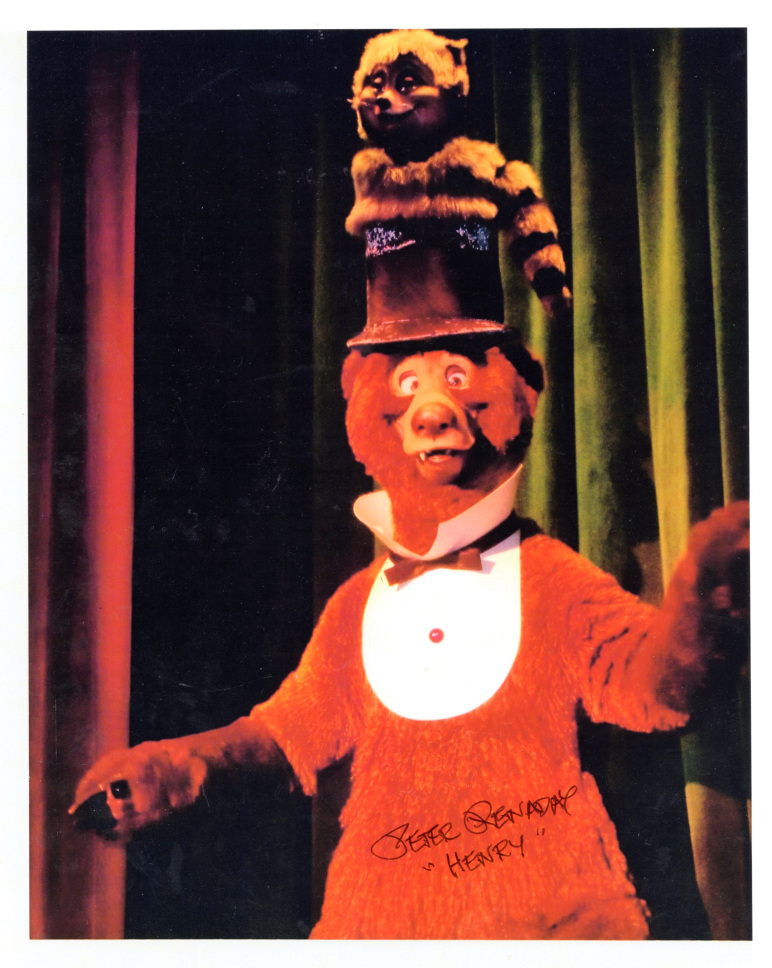 These three photo prints, featuring characters from Walt Disney World’s Country Bear Jamboree, have been hand-signed and inscribed by voice-actor Peter Renaday, who played the original roles of Henry the Bear and Max the Deer in the attraction (as pictured in the prints).

Lousiana-native Peter Renaday began his work with Disney in the mid-1950s. Over the years, he lent his voice-acting talents to several Disneyland and Walt Disney World attractions in addition to the Country Bear Jamboree, including the roles of the Main Street Station Conductor, Captain Collins in Rocket to the Moon, First Mate Collins in Mission to Mars, Captain Nemo in 20,000 Leagues Under the Sea, Abraham Lincoln in a later version of the Hall of Presidents, the Narrator in both The Walt Disney Story and The Many Adventures of Winnie the Pooh, as well as smaller roles in the Tomorrowland Transit Authority, Adventure thru Inner Space, and Mark Twain Riverboat.

His work for Disney also extended to both film and television, voicing animated characters in series like Tale Spin, Duck Tales, Darkwing Duck, and Aladdin, and features such as The Aristocats, The Rescuers, The Black Cauldron, Mulan, and Princess and the Frog. He also played bit parts in the Disney live-action films Lt. Robinson Crusoe USN, The Computer Wore Tennis Shoes, The Strongest Man in the World, The Barefoot Executive, The Love Bug, The Million Dollar Duck, The Cat from Outer Space, and The Apple Dumpling Gang Rides Again. Outside the studio, he is perhaps best known for his acting work on General Hospital and his voice-acting work on Teenage Mutant Ninja Turtles, playing the role of Master Splinter.