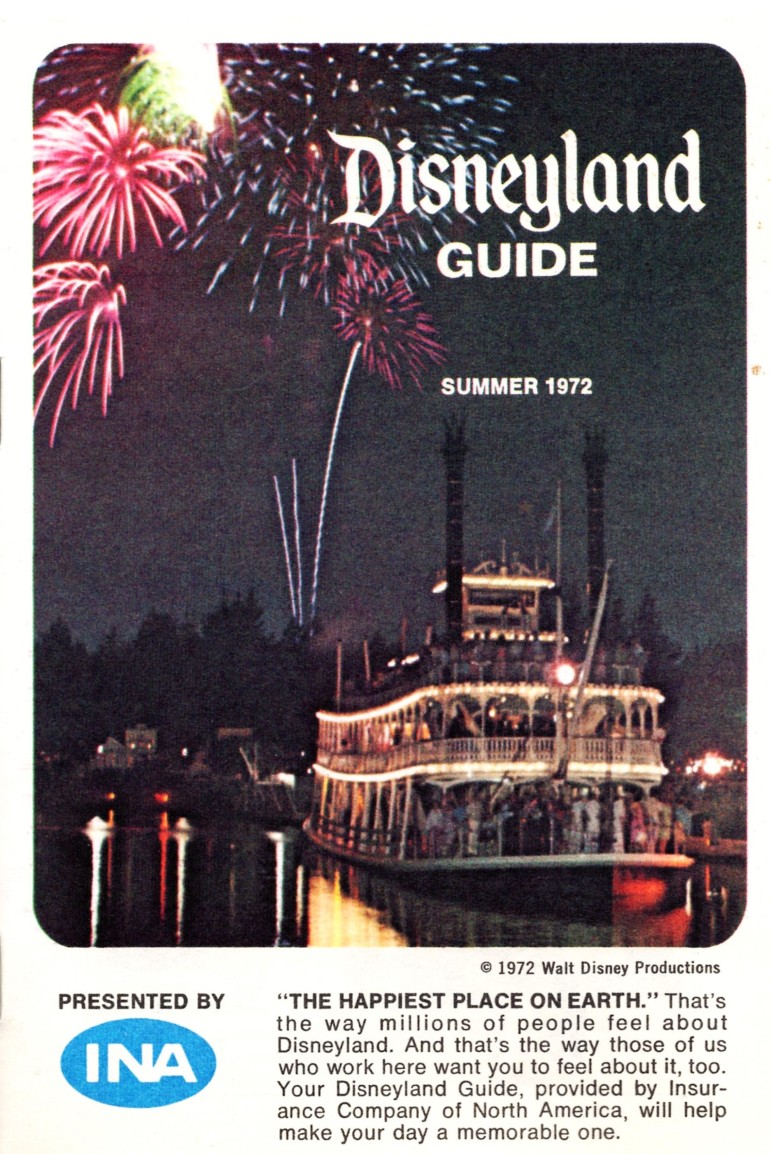 This Summer 1972 Your Guide to Disneyland booklet, produced by the Insurance Company of North America (INA), was distributed complimentary to park guests from the “Carefree Corner” area of Main Street, U.S.A.

The guide contains a comprehensive look at park services, attractions, dining, shopping, entertainment, and exhibits. Major renovations for 1972 center on the addition of Disneyland’s seventh land, Bear Country, which debuted on March 4. Also opening that summer was the iconic Main Street Electrical Parade, which officially stepped off on the evening of June 17.

This 1972 version of INA’s Your Guide to Disneyland provides a detailed look at a typical day in the “Happiest Place on Earth,” in its eighteenth summer of operations.