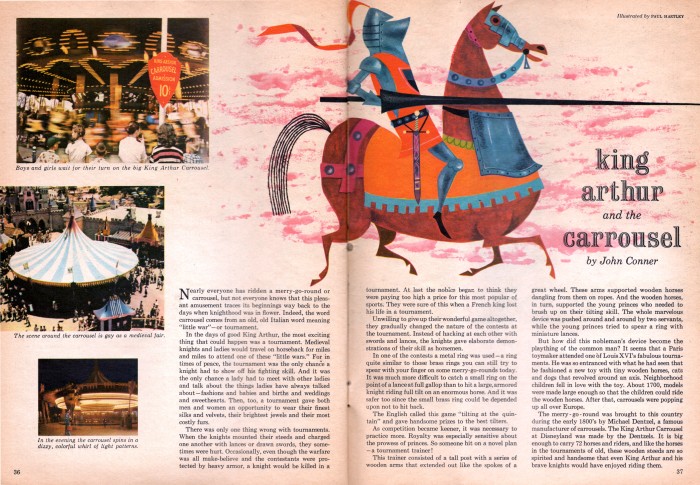 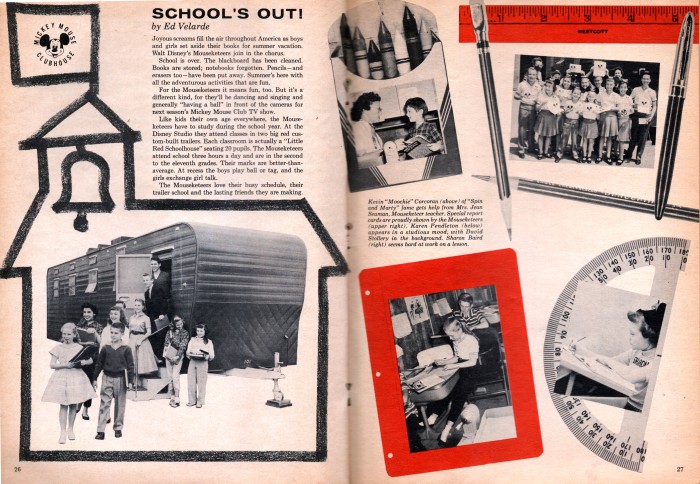 This edition of Walt Disney’s Magazine from June 1957 is the first after a name-change to the publication (formerly Mickey Mouse Club Magazine) and features Johnny Tremain film stars Hal Stalmaster and Luana Patten on the front cover.

The magazine began as a quarterly publication with the Winter 1956 issue, but switched to a bimonthly publishing schedule a year later, running through October 1959.

Johnny Tremain was released to theaters June 19, 1957, and would air on the Wonderful World of Disney television program in two parts a year later. It was directed by Robert Stevenson (his first for the studio), who would go on to helm some of Disney’s most memorable films, including the Academy-Award winning Mary Poppins. The title character (played by Hal Stalmaster) is himself a would-be silversmith, apprenticing in colonial-era Boston. After a hand injury compromises his future in the trade, he is recruited by the Sons of Liberty—a secret society that helped spur the American Revolution—soon finding himself smack-dab in the middle of several key events in the colonists’ bid for freedom, including the Boston Tea Party, Paul Revere’s Midnight Ride, and the earliest battles of the War for Independence. Luana Patten, who had previously starred in Disney’s Song of the South, So Dear to My Heart, and the live-action segments of both Melody Time and Fun and Fancy Free, plays Priscilla Lapham, Johnny’s love interest and daughter to the silversmith for which he apprentices.

Including the two articles inspired by the film, the forty-two-page magazine presents a total of seventeen different features covering a range of topics from the Disney universe: other animated and live-action films, Disneyland, and the Mickey Mouse Club.