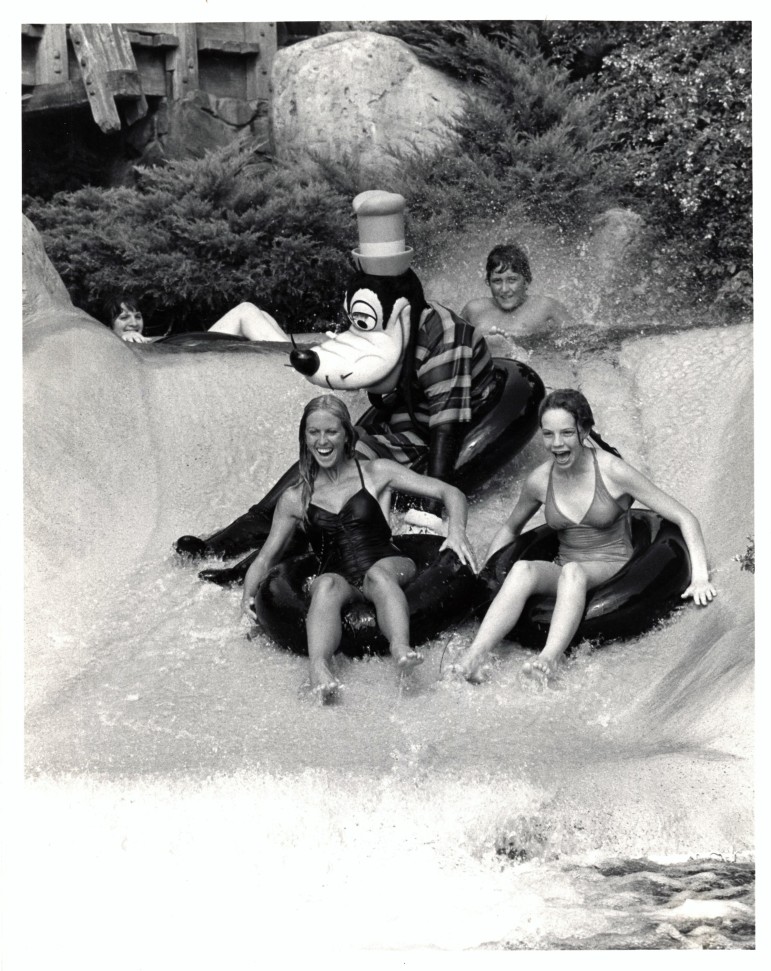 Considered to be the world’s first themed water park, River Country embodied the romantic notion of the “old-fashioned swimmin’ hole.” It featured multiple slides and pools, including a sandy-bottomed lagoon that partially utilized the water of adjacent Bay Lake. The park welcomed guests for twenty-five years, from 1976-2001, closing after a steady decline in attendance due to the resort’s addition of two additional water parks, Typhoon Lagoon and Blizzard Beach.

The black-and-white press photo features an accompanying caption on the reverse side, which promises visitors to the park a “splashing good time.”