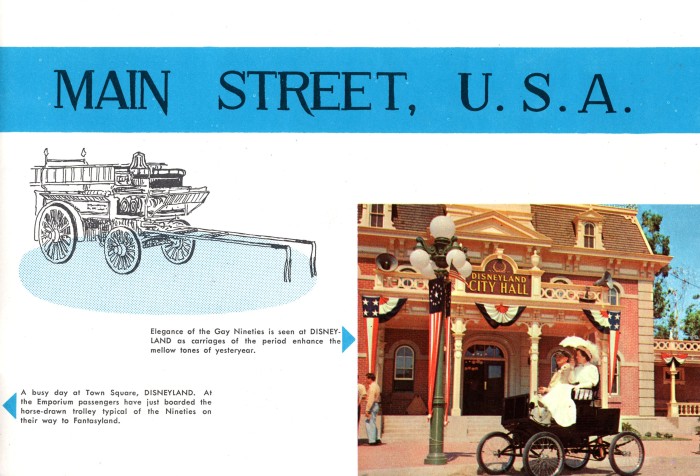 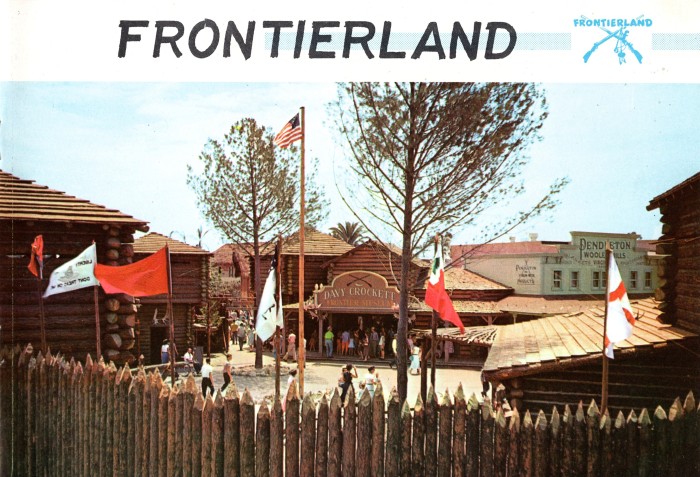 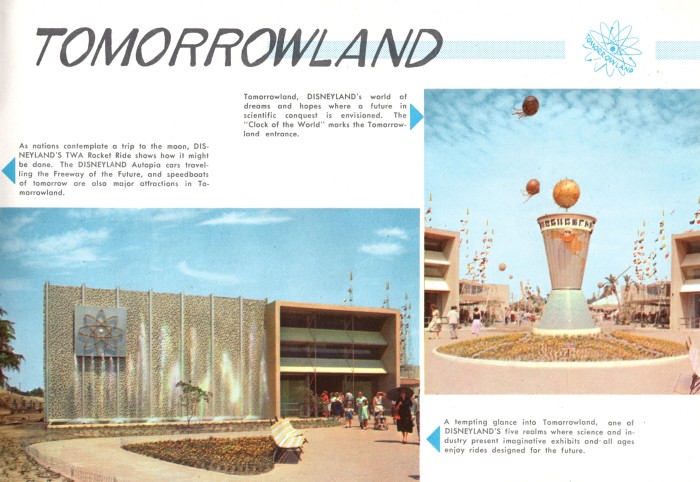 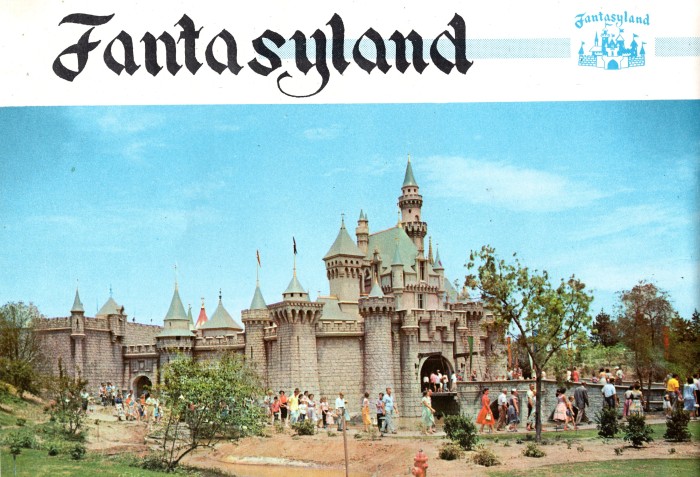 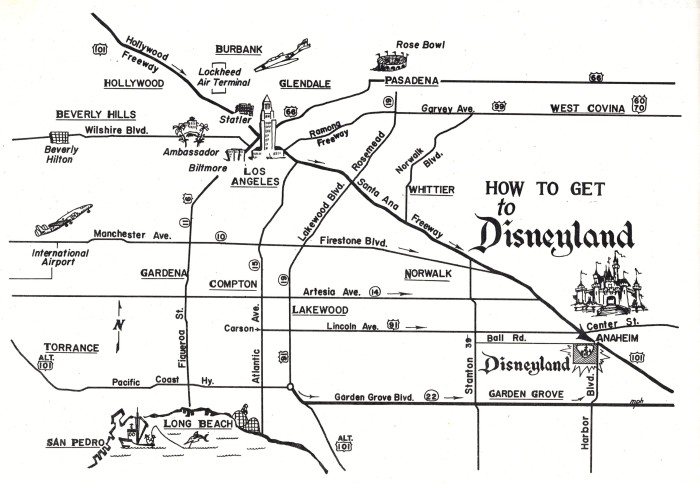 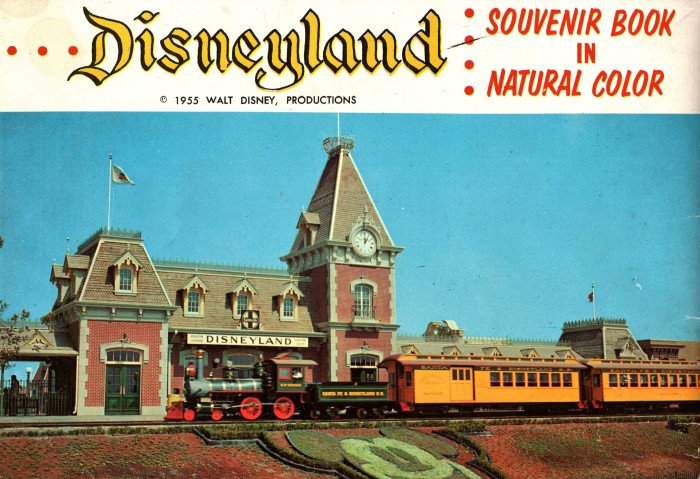 This souvenir from Disneyland’s opening months, titled Picture Souvenir Book of Disneyland, was the first of its kind available to guests, featuring photographs (“In Natural Color”) of the new park’s offerings.

The booklet features the Walt Disney Productions trademark, though actual manufacturing was outsourced (as many of the park’s earliest souvenirs often were) to Colourpicture Publishers, Inc. of Boston, Massachusetts. The first of the park’s guidebook-style publications to feature photographs (the first edition guidebook included concept art only, due to ongoing construction), evidence that the park is newly-completed can still be seen in the sparse landscaping of some of the pictures. Many of the images found in the book also appeared on opening-year postcards of the park (coincidentally, also printed by Colourpicture), and are therefore familiar to many vintage Disneyland fans and collectors. Brief informational captions accompany each of the thirty-four photographs, which take the reader on a tour of the park’s five “lands”—Main Street, U.S.A., Adventureland, Frontierland, Fantasyland, and Tomorrowland. The inside cover of the twenty-six-page publication features a hand-drawn map and accompanying key to the park itself, while the inside rear-cover includes the following blurb, alongside a street map that shows the park in relation to other Southern California attractions:

DISNEYLAND is Walt Disney’s dream of twenty years brought to life. It is Walt Disney’s magic kingdom which has been opened to the public on July 18th, 1955, at an estimated cost of $17,000,000.

Mainstreet itself is a replica of a typical street of a small town in the United States about 1900.

Coming to the Railroad Station, from which all DISNEYLAND traffic stems the Town Square gets first attention. To the right is the Opera House, and across the Square is the City Hall. The Fire Station houses a horse-drawn hose and chemical wagon.

Looking at Mainstreet, the Emporium is busy with shoppers, customers transact business at the Bank of America, a photo shop, meat market, drug store, and many other stores are located on Mainstreet.

At the end of Mainstreet is the Plaza, DISNEYLAND’s hub from which any of the Lands may be entered.

At the right is Tomorrowland, where a swift time transition takes place, and the calendar rolls ahead to 1986.

The next land is Fantasyland, rising above the medieval battlements of moat and draw-bridge.

Sleeping Beauty’s Castle guards the entrance to the illusive Land of Fantasy.

Next to Fantasyland, beginning at Plymouth Rock and following Americans on their westward march, is entered through a log stockade. It is to Frontierland that the MARK TWAIN docks bringing with it the romance of early river boats.

Last of the Lands is Adventureland, which is entered through a Tahitian Village.

Some minor inconsistencies to note on the book’s final page (which could possibly be attributed to the outsourcing of the project) are the unusual spelling of “Main Street” and the misspelling of Walt Disney Productions in the copyright stamp.

This first-ever photo-illustrated souvenir booklet offers a full-color look at Disneyland, as it appeared in its infancy. The publication, the cover of which features Walt introducing the concept of the park to viewers of his Disneyland television show, followed by the pages of text and photos within outlining the finished product, represents the manifestation of a massive dream and undertaking that would change the world of themed entertainment forever.