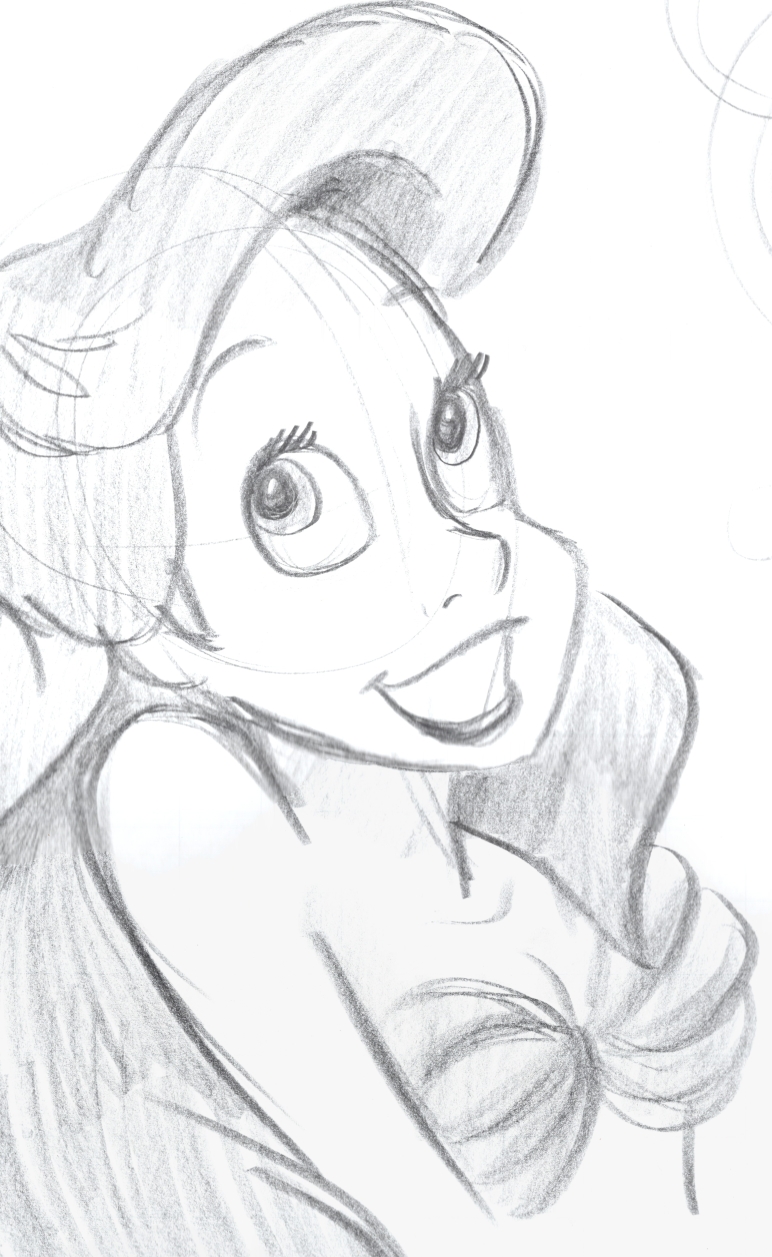 This original sketch of the character Ariel from the animated feature, The Little Mermaid, was hand-drawn by Disney artist and historian Stacia Martin.

Martin, who began work at Disneyland a few days after her high school graduation, has gone on to enjoy a decades-spanning career for the Walt Disney Company as an artist, writer, and historian, among other things. Her projects have been spread across several different divisions of the company—Disneyland, Walt Disney World, Walt Disney Imagineering, and Walt Disney Records, to name a few—and include writing and illustrating books, creating specialty art, designing merchandise, and assisting in the production of theme-park attractions. She has also served as an ambassador of sorts for the company, traveling the world to head or attend promotional events, and lending her voice and Disney-expertise to numerous media outlets and in-house documentary projects. Her varied contributions landed her in the inaugural classes of both the Walt Disney Legacy Award and Disney Archive Angels honor.

This piece, depicting one of the most beloved animated characters of all time, from the iconic film that would signal the beginning of the company’s Renaissance of Animation, is not only a beautiful piece of artwork, but a true Disney treasure.