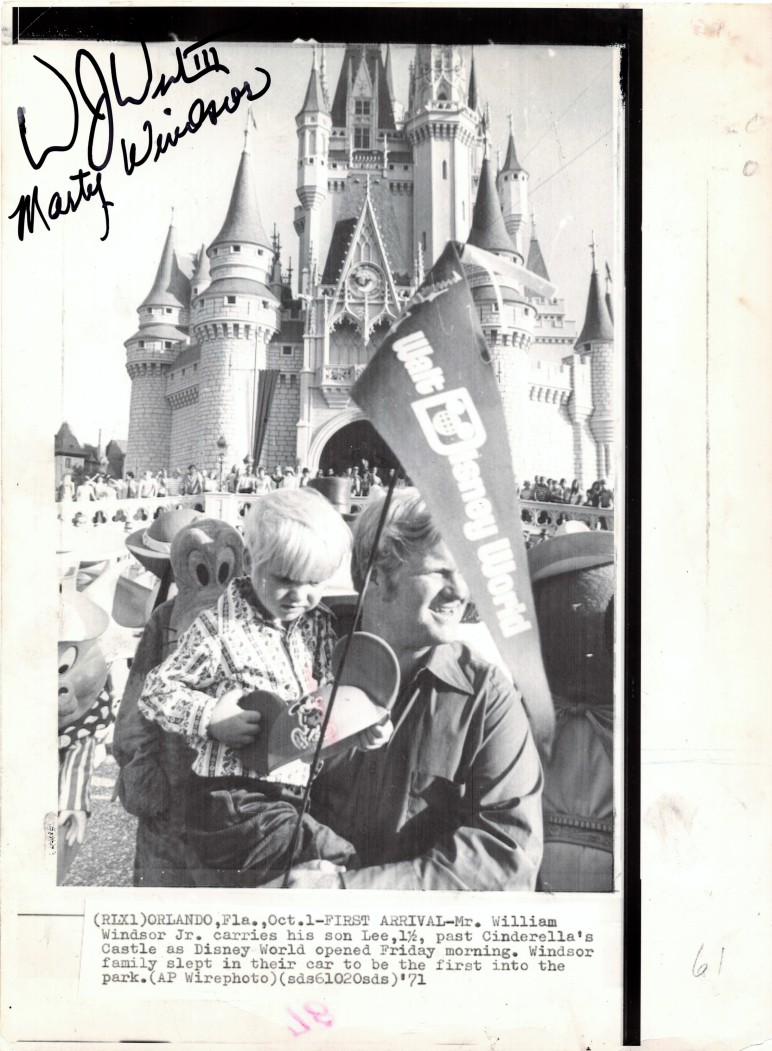 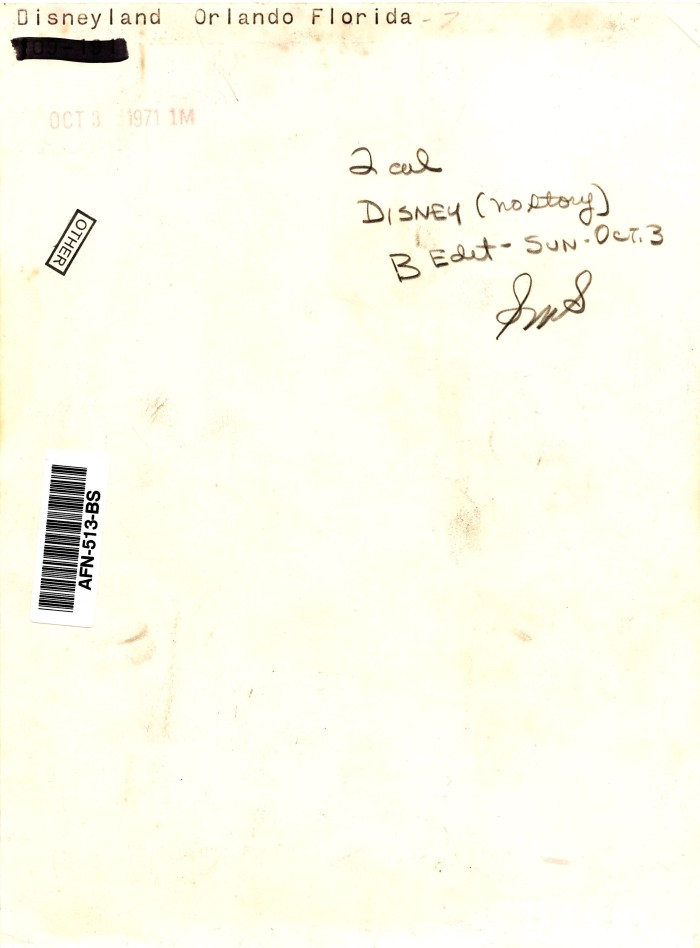 Husband and wife, William Jr. and Marty, along with their two young sons, Jay and Lee, slept in their car at a nearby service plaza overnight, in order to be among the first to the Magic Kingdom. At around 9:30 a.m., Disney’s Director of Marketing Jack Lindquist perused the fourteen gates at the park’s entrance, in search of the All-American family who would fill the roles of “First Official Guests” for publicity purposes. When Lindquist spotted a Jack Nicklaus and Carol Brady look-a-like, with two blonde boys in tow, he knew his search was over. The family was ushered through the gates, where they posed for pictures and spoke with reporters. They then helped kick-off a parade down Main Street, USA, riding as guests of honor in an antique fire engine. Afterwards, the family was given VIP treatment, skipping lines at all attractions, and enjoying a complimentary lunch and even a hotel stay for the evening. More significantly, they received a lifetime Silver Pass to enjoy the resort as much as they pleased in the years to come.

The black-and-white photo, from the archives of The Baltimore Sun newspaper, features the following caption:

The caption actually includes a typo, as the child pictured is the older Windsor child, William “Jay” Windsor III, not one-and-a-half-year-old Lee. The photo was hand-signed by both “First Son” Jay and “First Lady” Marty in 2018, a year after William Sr.’s passing.

The reverse side includes a date stamp (OCT 3 1971), as well as an incorrect labeling of the photo (Disneyland, Orlando, Florida). Penciled annotations from a newspaper employee indicate the specific context of the photo’s printing in that Sunday’s edition.

This vintage press photo captures a candid moment of father and son enjoying the magic of Walt Disney World together as countless more families would do from that day forward, while also celebrating the realization—albeit in compromised form—of Walt’s ambitious final project.