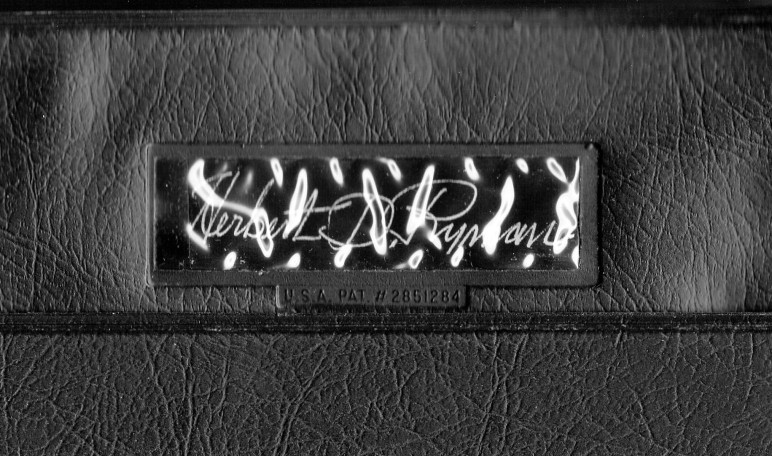 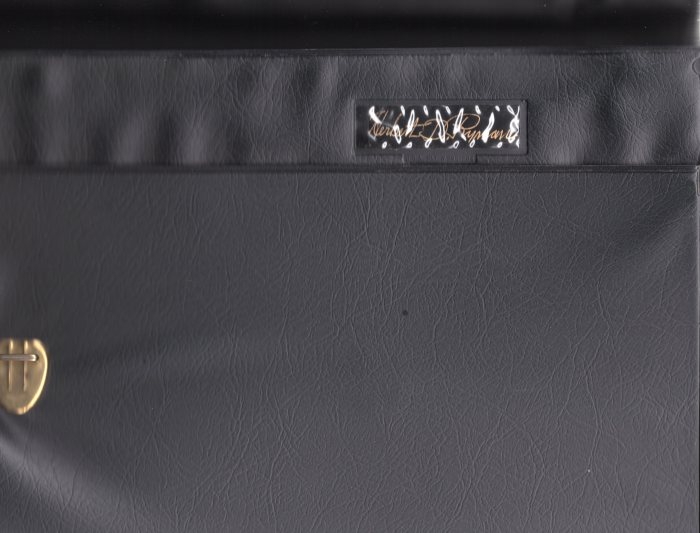 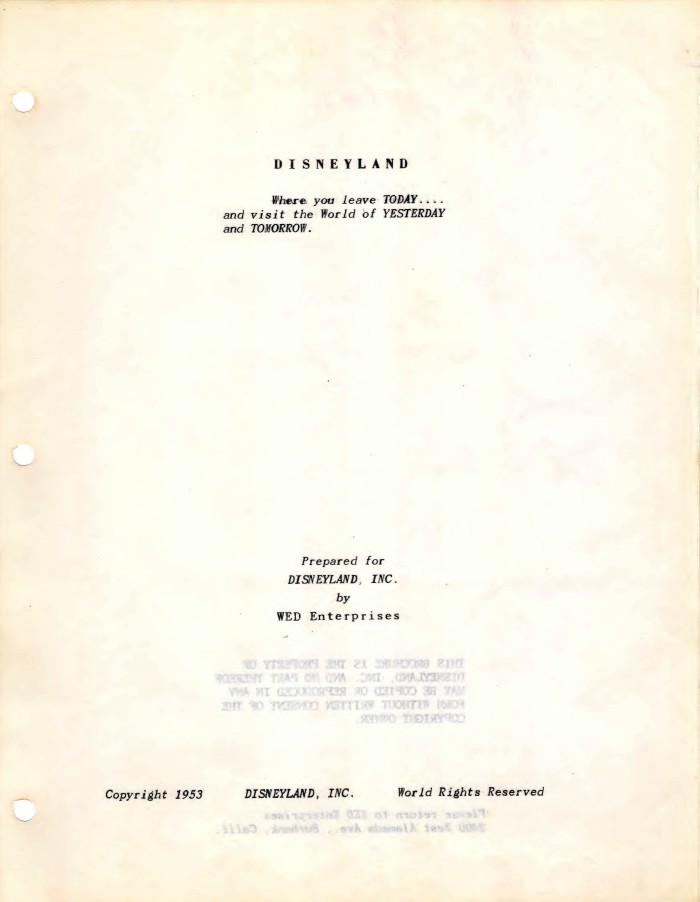 This personal portfolio case belonged to famed Disney artist and Imagineer Herbert D. Ryman and features his imprinted signature on the front cover. The case was presented as a gift to Ryman, during his time with WED Enterprises, by his home bank, the Century Federal Savings and Loan Association of Santa Monica, California.

Herbert Ryman (1910-1989) began his career at the Walt Disney Studios in 1938 and would serve as art director on such classic films as Fantasia and Dumbo, in addition to holding production duties on Saludos Amigos and The Three Caballeros. Ryman would leave the studio following WWII for a job with 20th Century Fox, only to return in 1953 at the request of Walt Disney to aid in the development of the studio’s biggest and most ambitious project to date—Disneyland.

The now-famous return of Ryman was prompted by a pressing request from Disney himself on the morning of Saturday, September 26, 1953, to create the very first rendering of Disneyland, needed to help secure the necessary financial backing from investors in New York. During what’s become known as the “Lost Weekend,” Ryman and Disney isolated themselves for the length of the two days, working through the night—Ryman sketching with a simple carbon pencil, Disney directing over his shoulder. Fueled by Walt’s contagious enthusiasm, a high-level of mutual respect for one another, and an abundant supply of milkshakes, the pair emerged with a tangible visualization of Walt’s most fantastic dream, which was taken to New York first thing Monday morning by Roy Disney, where financing was successfully secured.

Ryman then officially rejoined the company and became an instrumental part in the development of Disneyland, aiding in the design of such iconic locations and attractions as Main Street, U.S.A., New Orleans Square, Sleeping Beauty Castle, Jungle Cruise, and Pirates of the Caribbean. He also contributed key conceptual artwork for the Disney-developed attractions of the 1964-65 New York World’s Fair, including Carousel of Progress, Great Moments with Mr. Lincoln, It’s a Small World, and Ford Magic Skyway. His career also extended to the creation of Walt Disney World, Ryman having a major role in the design of Cinderella Castle and development of the Hall of Presidents attraction. In addition, he provided conceptual artwork for various components of Epcot, Tokyo Disney, and Disneyland Paris. In 1989, he passed away, still at work on designs for Disneyland Paris, and the next year was posthumously awarded the title of Disney Legend.

Inside Ryman’s personal portfolio can be found a copy of the monumental prospectus—in its entirety, both text and artwork—created by himself and Disney during that “Lost Weekend” in September 1953. Both the case and its contents represent not only the man and artist who birthed the first glimpses of Disneyland and helped facilitate the park’s transformation from dreams to reality, but also the trusted friend who obliged his old boss’ impassioned plea for help and, over the course of a couple days, ended up making history.