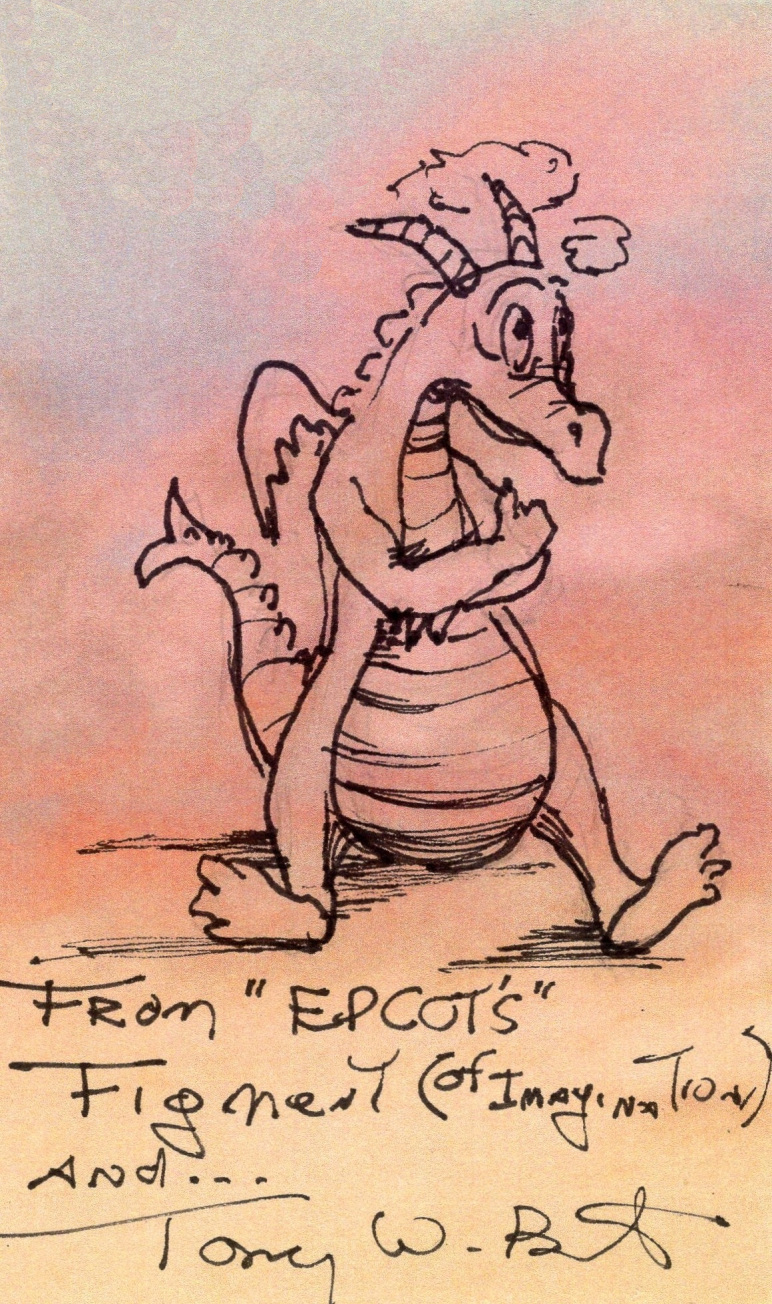 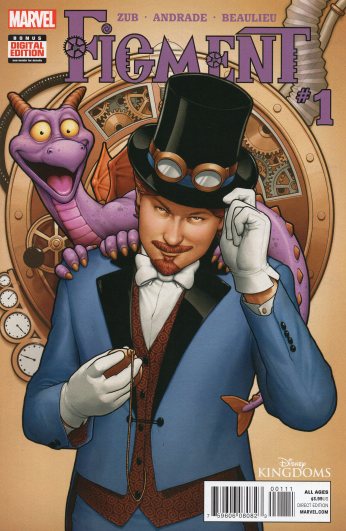 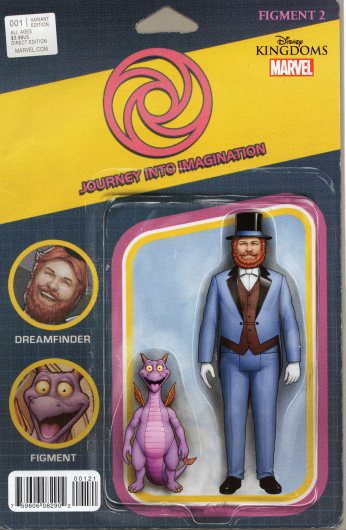 Baxter was first hired by the Walt Disney Company in high school, as an ice-cream scooper on Disneyland’s Main Street, U.S.A. Over the course of his storied career, he worked his way up to Senior Vice President of Creative Development at Walt Disney Imagineering, with Disney Legend status being conferred in 2013. He had a significant hand in the design of such attractions as Big Thunder Mountain Railroad, Splash Mountain, Star Tours, Indiana Jones Adventure, and of course, the Journey Into Imagination Pavilion, which featured Dreamfinder and Figment in starring roles.

The Journey Into Imagination attraction opened in March 1983 in EPCOT Center. The attraction was well-received and Figment soon became something of a mascot, not only for the pavilion itself, but for the entire park, figuring prominently on EPCOT merchandise and publicity materials. By the late 90s, the popularity of both the attraction and its lovable purple dragon had waned, and the ride was refurbished and rebranded as Journey Into Your Imagination, with much of Figment’s role being written out of the script. The public, however, was not ready to say goodbye to the character, and their complaints about the altered attraction prompted Disney to re-write Figment into the storyline and even give him a headlining role in the revised Journey Into Imagination with Figment.

In 2014, the Disney-Marvel comic-book publishing collective known as Disney Kingdoms delighted fans of the character by publishing a five-issue Figment series that focused on the backstories of both Figment and Dreamfinder. Its success prompted a follow-up five-issue series (Figment 2) a year later.

This collection is a nod to the glory days of Epcot and the enduring legacy of some of its original ideas and elements, as well as one of Disney’s most impactful Imagineers and his contributions which continue to be enjoyed to this day.