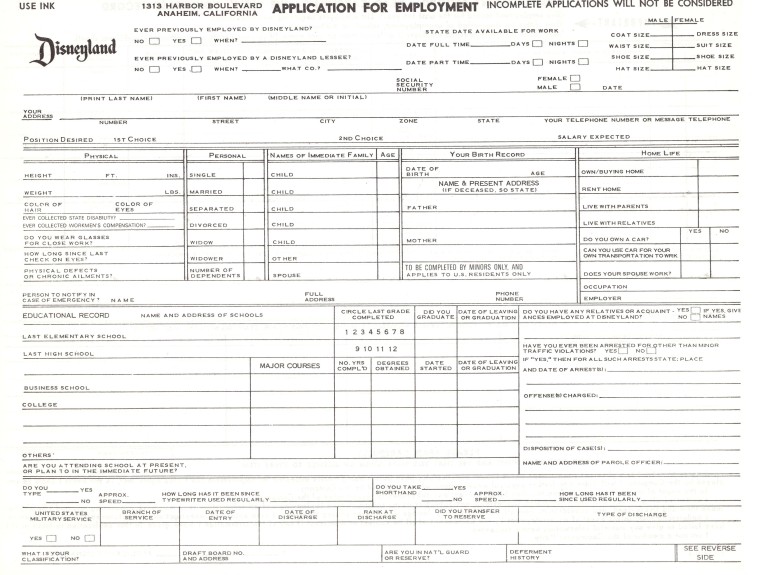 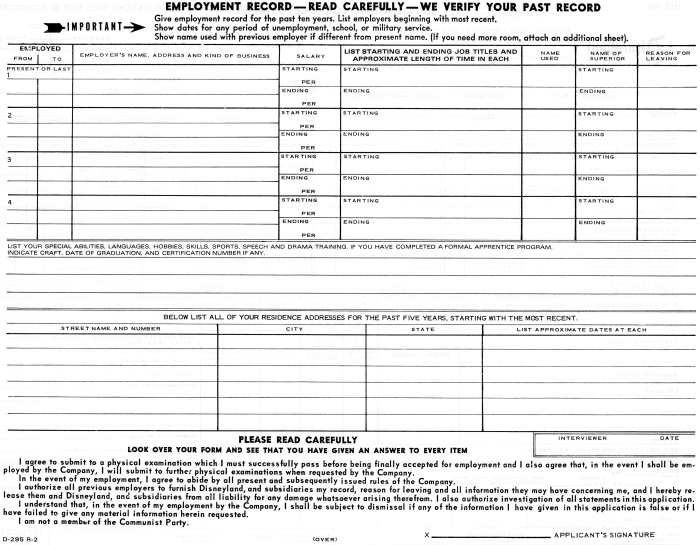 This official Disneyland Application for Employment dates to the first few years of the park’s history. The document provides insight into, not only the hiring practices of the park, but also those of 1950s America. Of special note is the very last line of the application, which applicants were made to verify with their signatures: “I am not a member of the Communist Party.”

Walt Disney himself strongly opposed the Communist Party in America and, in particular, its supposed infiltration of Hollywood. He blamed the 1941 Disney Studio strike on “communistic agitation, leadership and activities,” and a few years later was elected vice-president of the Motion Picture Alliance for the Preservation of American Ideals. In 1947, Walt testified as a “friendly witness” before the House Committee on Un-American Activities (the public-record transcript of which can be found here).

The employment application represents a rare document in unused, pristine condition from the early years of Disneyland, with a nod to Disney’s involvement in a volatile and controversial period of our nation’s political history.